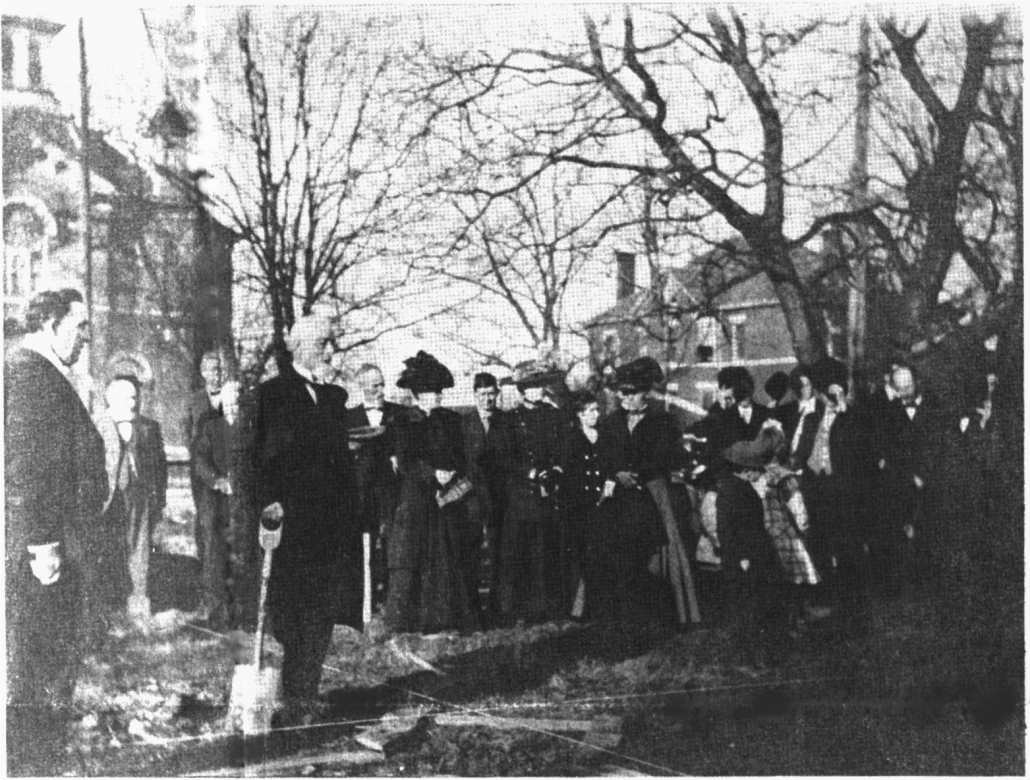 The First Presbyterian Church of Lebanon, Tennessee, was founded in 1829 as a Cumberland Presbyterian Church.  The first pastor was George Donnell and initially the congregation consisted of seven women.  The growing congregation met in the Methodist Church building at first, then worshiped in the courthouse for a Sunday or two before erecting a building for joint use with the Masonic Lodge.  In 1831, a new church building was finished.

Under Donnell’s leadership, the Lebanon church grew, gaining many of the best citizens of Lebanon. It became very influential in the denomination. “It was during Donnell’s pastorate, and largely by his influence and that of the men who were associated with him, that Cumberland University, by order of the General Assembly, was located in Lebanon.” (Nathan Green)

After George Donnell’s death in 1845, there was a succession of pastors, including David Lowry, Robert Donnell, J.W. Poindexter, Richard Beard, W.H. Darnall, J.W. Fitzgerald, and J.M. Hubbert.  At the turn of the century, E.E. Morris became pastor.

“This division existed in the Presbyterian congregation at Lebanon and each division or group asserted its claim to the Church building and property located on North Cumberland Street (and Market Street).” (Haden Trigg and Sam Gilreath).

When the smoke cleared, the minority group of 30 people were allowed to keep the church building and property and the majority group of around 200 people began meeting in Caruthers Hall (across West Main Street from the present sanctuary).  Dr. S.A. Coile was chosen as pastor of the Presbyterians in 1907 and led those loyal to the reunion in the building of the present sanctuary, which was dedicated in 1911.  Pastors who followed include J.W. Caldwell, David McQuilkin Harrison (twice), Harry J. Bray, L.T. Lawrence, Harold B. Howard, William G. Walker, James Martin, Ray Dykes, James Choomack, and Philip West. The historic reunion of the Presbyterian Church (U.S.) and the United Presbyterian Church (U.S.A.) occurred in 1983 forming one church again.  The division had occurred during the Civil War of the United States of America.

In 1960, the congregation added an education building, offices and a chapel to the main building.  Several adjoining tracts of land have been added with the ‘Roberts’ property and the ‘Dinges’ property.  The Bellwood bell from the Bellwood Presbyterian Church was given to this church when the Bellwood Church disbanded and several of its members joined First Presbyterian Church, Lebanon.  A structure was erected to house the bell on the West Main Street property in 1993 in memory of Graydon Flippen and Mora Purnell.