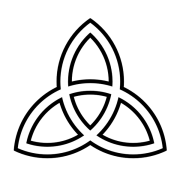 Yesterday,  we celebrated sixty-six years of the Presbyterian Church (USA) ordaining women. The PC(USA) has ordained women since 1956 when the Rev. Margaret Tower became the first female teaching elder.

As I prepared for yesterday’s sermon, I wanted to learn more about what it means for the women in our congregation to attend a church where women are welcome in all levels of leadership. Below you will find reflections from several women in our congregations. They highlight women who have been part of inclusive congregations their entire lives and women who attended churches which told them they could not preach or teach. They include women who were empowered when they began attending Presbyterian churches as they realized that they too could serve our church in all capacities. Together these women bear witness to the power of God’s enduring word, that Christ breaks down artificial, man-made barriers and declares: “You belong just the way you are.”

A heartfelt thank you to all of the women in our congregation who contributed to this week’s sermon. Here are their stories:

When it comes to leadership, I think most women would call it an honor to use their gifts and talents of leadership, especially in the church. I find it a blessing to be able to teach and bear responsibility for guiding and leading our congregation. As a Christian woman, I believe I have a major role in serving with the objective to fulfill God’s commandments. As Paul states in Galatians 3:28 ‘There is neither Jew nor Greek, slave nor free, male nor female, for you are all one in Christ Jesus.’ As a female in a leadership role, I welcome the opportunity to carry the gospel forth, for we are all children of God through faith in Jesus Christ. (Pat Bone, Ruling Elder)

My personal faith journey has been a long one. I spent decades searching, researching, visiting and observing different denominations and different churches in many middle Tennessee and Florida cities. I have been searching for a new church since the age of 14 when I refused to accept that playing cards or dancing was a sin. I rejected some churches along my journey due to the lack of acceptance of the Trinity, hearing more about John Wesley than Jesus Christ, or simply because they kneeled more than I cared for. The one common denominator in all of my visits was always: Where are the women? Are they only in the nursery and youth Sunday School classes? Are the women welcomed to serve as deacons, elders, and preach from the pulpit? Are they respected and regarded as Christ regarded and respected women? My search journey has brought me to the Presbyterian Church USA. (Jackie Cowden, Ruling Elder)

During my childhood years, I noticed that children usually came to church with their mothers or grandmothers. Rarely, did you see a father or grandfather with his children in church unless the mother was there also. Thus, I have come to believe that women tend to set the primary example of  faith in a family. So, it would seem to be a natural transition for women to be ordained into church leadership not only as Deacons and Elders but also Ministers of Word and Sacrament. Women also bring a different perspective to the many aspects of faith and life, thus, broadening the faith experience of the entire church.” (Mickey Stueck, Ruling Elder)

“I grew up in a church where I watched women do meaningful work to sustain the congregation and its day-to-day operations, with little credit and no ability to serve in official leadership capacities. The older I got, the more I realized I was not cut out to fall in step with those patterns of patriarchal leadership, amidst so much matriarchal, but unrecognized, leadership happening right in front of me. The inability to reconcile this contradiction distanced me from any church for more than a decade, and I will always be grateful for the inclusive leadership and open doors and arms I found here, that helped bring me back to a more regular and intentional practice and observance of my faith. (Anonymous Church Member)

I was baptized into the PC(USA) church as an adult when we joined John Calvin Presbyterian Church in Bridgeton, MO. It was extremely important to me to become a member of a denomination that held women in the same regard as men – ordaining both. This practice makes me feel valued as a woman – that my gifts are equally important as men – and that I would be welcomed and supported in whatever role I felt called for. I have been both a Deacon and an Elder at several PC(USA) churches. Being called into leadership of a church is very fulfilling to me, always bringing a feeling of being closer to God. (Robin Orewiler, Church Treasurer)

Because women become educated, formally and informally, because we think, because we believe, because God loves us and we worship Him, we women have voices that benefit those who hear – babies borne by us resting in their cradles, children and teens who encounter us in person or through media, and adults who marry us, befriend us, read our words, or sit in our audience when we speak. It is of inestimable significance that the most important thought and work of our religion should support us in more than smiles or hand pats, but in the equality of ordination. I have no vocation for ordination and none for my sisters’ enforced silence. (Anne Donnell, Church Member)

Until I was led to First Presbyterian Church in Lebanon, I regularly attended a church denomination which did not teach me anything about women in the history of the Christian faith.  Women in this and many other churches were only permitted to cook and teach small children in Sunday School. Not so at First Presbyterian Church in Lebanon!  As I learned more about my Christian faith with the help of fellow FPC folks, I realized that the only constraint to me serving God and God’s people as an elder was devised by men, not God. How wonderful and liberating this realization was! It became even more real when I was asked to serve on the Session, facilitate the Disciples class, and lead the youth group.  At last, I was able to serve God in any and every way. I am so thankful for that faith-enriching experience. (Becky Burris, Ruling Elder)

Like most good parents, mine tried to instill a certain set of values and beliefs in me, and, although I listened, I was always looking for outside verification. When our local Presbyterian church elected its first female Session member it was a big event, and told 12 year-old me that, once again, my parents were right, I could be anything I wanted to be. By recognizing women as truly equal, the church not only made me believe in myself but made every other teaching of the church more easily accepted, on faith. (Catherine Hanson, Church Member)

My husband and I were first invited to First Presbyterian by Marty Bone who has served many roles in church leadership. Over the years, I have observed women in our Sunday School class express their gratitude at being able to serve as Deacons and Elders. When we had our children and were raising a family, it was the women of the church who reached out with a phone call, a card, a visit, or a meal letting us know they supported us and this provided a wonderful example. When we have had joys and sorrows over the years, it was the women of the church who shepherded us. God made women more sympathetic and empathetic to the needs of others and I think it’s a requirement for church leadership. (Anonymous Church Member)

The Bible is confusing, no two ways about it. Sometimes, when hearing a very literal interpretation of a biblical issue, I think, ‘But do you know anything about the context or culture that may make a literal reading inaccurate?’ On the other hand, when I hear someone waxing philosophical I may think, “Why read anything into it? Maybe a pillar of salt is just a pillar of salt.” I have questions – so many questions. What I don’t question, though, is that God values women. He honored women by allowing them the privilege of giving life to the newborn Christ. The Bible highlights the role that Mary played in Jesus’s life and ministry, but we don’t hear as much about Joseph. The risen Jesus appeared to women. While men of that era placed women at the bottom of society, God didn’t.

Women who were influential in teaching about Jesus included his aunt, Elizabeth, Priscilla, Mary Magdalene, and Timothy’s mother, Eunice, and his grandmother, Lois. Confusingly, Paul praised the faithfulness of Timothy’s mother and grandmother but told Titus that women should learn in quiet and full submission. Maybe Paul meant only the women of Ephesus should be quiet. Maybe they were more involved with the first century version of their phones as opposed to spreading the gospel.

We don’t know everything about the Bible. Paul seems to give conflicting information on the role of women and that ambiguity continues today. However, I would argue that God was never ambiguous about women’s importance in the ministry. Not children’s ministry, women’s ministry, or the ministry committees that people don’t want to sign up for. Women are essential to ministry.

When choosing a church, I opted for one that allows all of its community to utilize any gifts they have, including leadership. Women may choose to learn quietly and submissively, or they may decide to lead from the front. A church that shows the same trust in women as the Bible shows was the only choice for me, no question about it. (Laura Simmons, Deacon)

May the testimonies of these women and their service to our church continue to point us towards the Living Christ!